The basic idea of the campaign.

The campaign is aimed at highlighting risky behaviours as well as good behaviours that can improve road safety and ease traffic issues.

An effort has been made to identify and discourage common behaviours that a significant portion of the population incorrectly considers to be safe or, in any case, acceptable (for example, not wearing a seatbelt when sitting in the rear seat).

The basic idea for the campaign is to provide quick, instant messages that can be understood at a glance by a driver who is not necessarily aware or informed.

For this reason, we decided to use a cartoon, with images that not only provide a message but are also eye-catching and possibly fun to look at for anyone visiting the web portal. 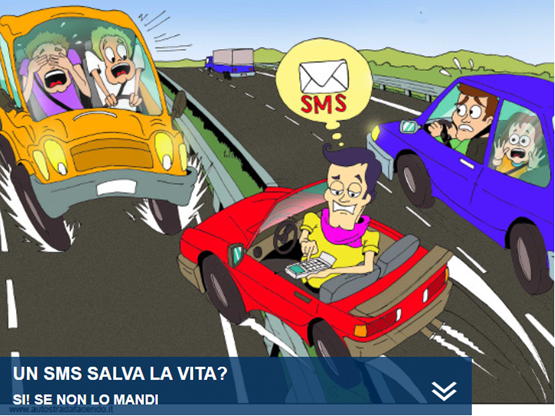